A few interesting facts 1 Origin of name Guriev porridge named in honor of the Minister of Finance Count Guriev, who loved to eat. In 1813 he was a guest of the retired Major George Yurisovskogo whose chef served for dessert unusual semolina. Dish eaten so impressed the Minister that he bought the recipe Guriev porridge cook with Zakhar Kuzmin and all his family. Now the world knows Guriev porridge after its very first admirer, and the name of the chef has long been forgotten. 2 The Mystery of the main component Hospitable Sasha willingly entertained numerous guests delicious dessert. Soon Guryevskaya porridge has become very popular in the capital and beyond. Many would like to cook it, but then get a real recipe Guriev porridge could not be anyone. Features cooking kept very secret. As it turned out, one of the most important nuances associated with milk. It is (as the main component) should be the most fresh, flavorful and carefully seasoned in a clay pot. It was there that the milk is of special flavor, thanks to which Guryevskaya porridge can win this fantastic gourmet food. 3 Savior Emperor Over time Guryevskaya porridge was not just an integral part of the diet of many noble houses, but also one of the favorite dishes of Alexander III. It was she who saved the life of the emperor at the time of rail travel in 1888. Pouring cream porridge, the emperor learned that his train was derailed. During the collapse of cars, where the bedroom and office of the Emperor, were completely crushed, and the dining-car, where he ate dessert, was not injured. Looking back on this terrible incident, Alexander III always thanked Guriev porridge, because of which he was still alive. important components Today Guriev porridge is rare to find in the menu of expensive restaurants, because the process of its preparation laborious and lengthy. But you can cook this delicious dish in your own kitchen. You need to have:  milk and cream;  semolina;  several varieties of jam;  honey;  fresh fruit or dried fruit;  spices (vanilla, cinnamon, star anise);  candied fruit;  nuts. Features a Porridge start cooking with steaming decoys. Cereals pour boiling milk and leave the lid on for 15 minutes. Of milk in the oven get foam. Alternate layers of semolina foams and coated with honey, different varieties of jams, candied fruits, spices, sprinkled with nuts. The main difference Guriev porridge from others in that it is baked in the oven. If there was a crust, the dish is ready. How many mistresses, so many recipes Guriev porridge. One has only to show imagination and Guryevskaya porridge will always be different, amazingly delicious and like a culinary masterpiece. 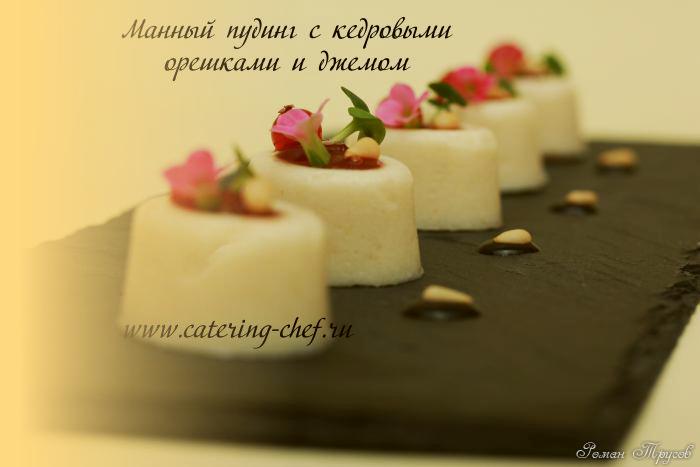