In 1812, a powerful weapon was considered artillery - gunners were in a good position, people protected them, as the guns were expensive, and combat effectiveness was high. Bayonet, muskets, sabers were also in use. In 1941 “Katyusha” (multiple rocket launchers) reversed the situation, aviation was considered as the most powerful arm of that time, there was modernization of tanks and artillery. Nowadays we have nuclear weapons, weapons of mass destruction. For example genetically modified foods can provoke needles and thorns growth on the skin; or larded with antibiotics chicken can lead to mutation in the immune system and the organism. “Fifth taste» discovery provoked dependence on fast food to millions of people, mass obesity. By the way it is a big problem in USA. We are lowly being poisoned. But one of the most powerful arms of nowadays life is mass media. Pay attention to the last events in the Third World countries -revolutions, government overthrow, wars, and killings. Interests’ agitation passes through mass media, and then goes provocations and voila we have a little rebellion which growth fast to revolution.

“Delicious newspaper” creation didn’t pursue wars and killings! Our goal is very simple.  It is advocacy of healthy life style and nutrition, culinary and eating culture rising on the new level, cook specialization’s popularization, restoration and development of traditional cuisine of different regions. Before launching of the “Delicious newspaper” we spent many time thinking, monitoring printing establishments, competitors and specialists. I made a business plan.  I thought up what to write about and for whom. I overviewed new tendencies in culinary and restaurant business, interesting events in culinary world. All these you can find in “News” section. Restaurants, cafes bars review, interesting parts of the history, critics’ and personnel opinion you can find in the “Restaurant of the month” section.  Chiefs’ popularization, extraordinary recipes, stories from their lives and tricky questions you will find in “Chief of the month” section.  I decided to dedicate one whole page to a healthy nutrition. Healthy nutrition agitation is a way to restoration of the whole nation. Of course it is big words, but if “Delicious newspaper” brings even a little contribution to a common deal it will be a great success. In the “Interesting product» section we will write about food and their medical qualities, compare brands, characteristics and taste qualities. “Delicious newspapers’ readers will not rest without “delicious crossword”, readers’ recipes, culinary anecdotes and interesting stories on the 7th page in “Rest” section. This is the most stimulating page for readers. I assigned small but pleasant money prize for crossword solving. Best recipes of International Cook Alliance users will be published on “Delicious newspaper” pages with author’s photos. And finally, the last page is for advertisement: job offers, vacancies, equipment buying, rent and sales, food and alcohol delivery.  I think 50000 editions for the beginning are enough. Then I think it will be more. Hopу the quantity will growth in geometric progression. Firs edition was published in August in two versions: Russian and English. We spread newspaper near subways, in hotels and restaurants. I can say that we lost so much energy, ткумуы and force doing “Delicious newspaper”. Now we can look back with a smile and calmly listen to opinion of various people and colleagues. I will open the curtain and tell you what the start was.  Idea of “Delicious newspaper” creation has already appeared in St. Petersburg. I made a structure, gathered information, and monitored the market.  The last step was to find a team.  But then I got an interesting offer to work in Kazan. When I came to this wonderful city I had a lot of work and the idea of “Delicious newspaper” was pushed on the background.  I offered this interesting project to my management.  Development director was the only who showed the interest, but not immediately. He was going to discharge from that work. In the end he took the initiative, put announcements to institutions about hiring people to the new perspective newspaper. We held interviews and as a result   we find a young and creative team. Now I want to expand the team of “Delicious newspaper” and move forward. We spent a lot of time and force on writing, approval, editing articles and layout. But finally, from my point of view we got very nice and interesting newspaper. And how do you think?
Submitted by 01/09/2012 12:24
Share: 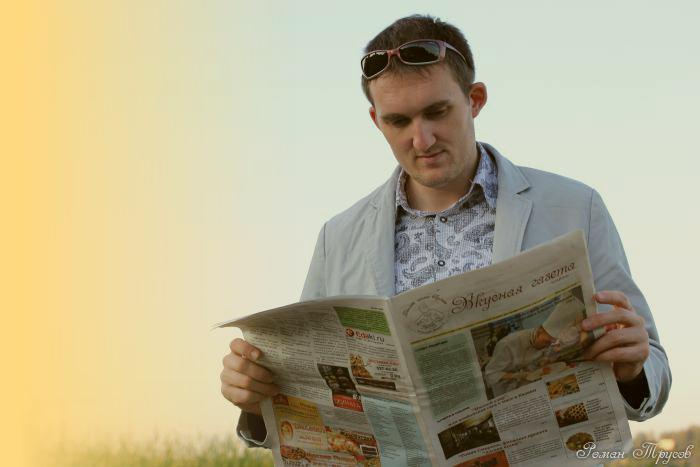